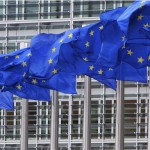 Europe continues to lead the world on climate action as Australia lags further behind. This week the European Parliament has begun debate on 2 key reforms to the EU Emissions Trading Scheme – the first being the withdrawal of surplus allowances to raise the price of permits; the second to set a market stability reserve to avoid the low prices that have hampered the scheme for the past several years. This comes at a time where Australia has scrapped its carbon price and continues to cause havoc for renewable energy investment.

In addition to these events, Europe has set a strong target as part of its Intended Nationally Determined Contribution (INDC) under the UNFCCC of at least 40 per cent below 1990 levels by 2030, whereas we are yet to see what Australia has to offer. The independent Climate Change Authority has released a preliminary recommendation of a target of 30 per cent below 2000 levels by 2025. The Australian Government is expected to make a formal announcement in the middle of the year.

Analysis by Ecofys in Europe highlights that improved energy efficiency has both direct and indirect impacts on employment. Jobs are created directly in manufacturing and implementation but the indirect effect is the saving of costs, thereby allowing funds to flow to consumption and investment. Both effects together could lead to an estimated gross employment impact of up to 1.3 million jobs in the EU by 2030, on top of the existing 1.9 million people employed in the European renewable energy sector.

The perceptions of Australia from Europe are that we are endowed with vast renewable energy resources and have one of the highest standards of living in the world. The perceptions are that we should be one of the leaders on climate action and also are one of the most vulnerable to the impacts of climate change with increased droughts, floods and fires. Surely these are good reasons for Australia to be part of a global effort to combat climate change?

In Europe there are also a growing number of countries that want a net zero emissions goal to be included in the Paris climate agreement. At the same time, there is a rising call from the world’s most influential business leaders for widespread commitment to transform the global economy to net zero by 2050, and there are growing expectations that the major energy companies must now explore models that can achieve this. There are also an increasing number of peer-reviewed robust models showing that a zero emissions future generates jobs, clean air and numerous health benefits utilising existing technologies.

There is also a range of organisations in Europe undertaking modelling on the transition to zero emissions. Although their methodology, terminology and approach varies, their work demonstrates that net zero is now achievable and that the necessary technologies are within reach from both an engineering and a cost standpoint.

There is a growing interest from climate policy makers, business and communities in accessing the body of global modelling research on net zero scenarios.  In the Paris negotiations, nearly 130 countries have voiced their support for the inclusion of elements that would make it easier to track progress against the agreed goal of keeping below 2 deg C. Many are arguing that language recognising that we need to phase out fossil fuel emissions to zero by mid century, as recommended by climate scientists, should form part of the 2015 Paris agreement.

In addition, outside the UN process, nearly 50 countries and cities have independently committed to goals such as carbon neutrality or deep decarbonisation by taking on targets to reduce their emissions by 80% or more by 2050.

Track 0 is leading the push to have a zero emissions goal inserted into the text of the Paris climate agreement. IDDRI have been leading deep decarbonisation work across 16 countries, and modelling zero emissions scenarios out to 2050. Zero Carbon Britain has completed three zero emissions reports showing how Britain can transition to a world without fossil fuels. Their research examines the various economic, social and other benefits in this transition that are addition to emissions benefits. Greenpeace UK have been modelling a zero energy pathway in UK, and Tyndall Institute are recognised around the world for their work on climate science and carbon budgets.

Evidence of the momentum building for serious emission reduction goals to be included in the Paris climate agreement can also be found in fora such as the recent Major Economies Forum (MEF) which is attended by the largest emitting countries.

Europe is showing real leadership on climate action and wants others to join it in taking the bold steps to address the biggest issue facing humanity. Australia’s first steps should be to reinstate an effective carbon pricing mechanism, strengthen its renewable energy target, and set a national energy efficiency target like Europe has done. While Europe is envious of Australia’s standard of living, it cannot understand how a country with such wealth can be so backward in contributing to action on climate change.